In 1966 the railway line and train service between Stratford upon Avon and Birmingham was threatened with closure, and in 1968 the closure of the route was approved by the Secretary of State for Transport pending satisfactory operation of alternative bus services. Throughout this period a group of dedicated rail users, together with all the local authorities, fought and campaigned to save the railway and its passenger train service. The group was known as the North Warwickshire Line Defence Committee (NWLDC).

In May 1969, at the eleventh hour with just one working day before the line's closure, solicitors acting for the NWLDC persuaded the Court of Appeal that the closure proposal was flawed. His Justice Lord Denning issued an injunction preventing closure of the railway line. In 1984 British Rail applied and got the injunction lifted and then submitted a proposal to close the route again. Once again the NWLDC and local authorities mounted a vigorous campaign against the closure proposal. Consequently, British Rail backed down and withdrew the second closure proposal. 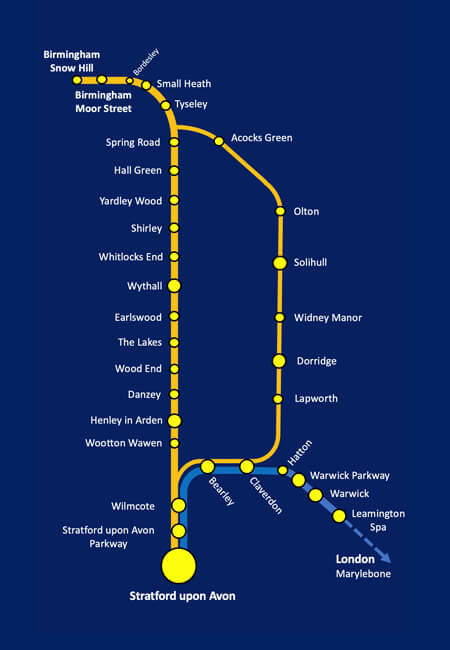